3 Years Validity for your NEET Score! 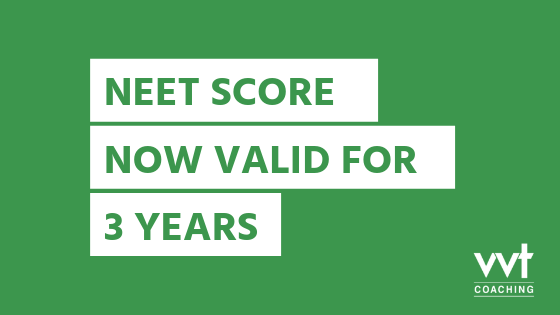 3 Years Validity for your NEET Score!

Are you a medical aspirant who wish to study abroad? Then, this is going to make your day! The Medical Council of India Board of Governors has issued a Gazette Notification stating that the NEET Score will now be valid for 3 years!

To bring about the change, the Board of Governors in supersession of Medical Council of India with the previous sanction of the Central has made the following amendments to the “Screening Test Regulations, 2002” namely:

In regulation 4 of the Screening Test Regulations, 2002, under heading “Eligibility Criteria” in Clause 4. 2(A), the following sentence shall be added after the existing provision:

This policy is to take effect from the date on which the Gazette Notification was published which was on the 14th of March, 2019.

Last year, through another notification, the council had made had made NEET mandatory for even those candidates who wished to pursue their undergraduate medical education from abroad.The decision was taken to ensure that students of some academic standard study medicine in foreign universities.

This is a move that will definitely benefit the students who wish to study in the foreign universities, granting them more flexibility.